Rex app is a web based real estate CRM. It manages contacts like a traditional CRM, the inventory of properties, and current listings (the ‘for sale’ or ‘for lease’ properties). I started at Rex after the first version was in use. A second version was designed and built. I took over being the main designer on the product. I was stuck with certain guidelines for the UI - which I followed from a consistency standpoint. These were decided on before I was involved. Below shows some of the feature updates I worked on from either a UX and / or interface standpoint. 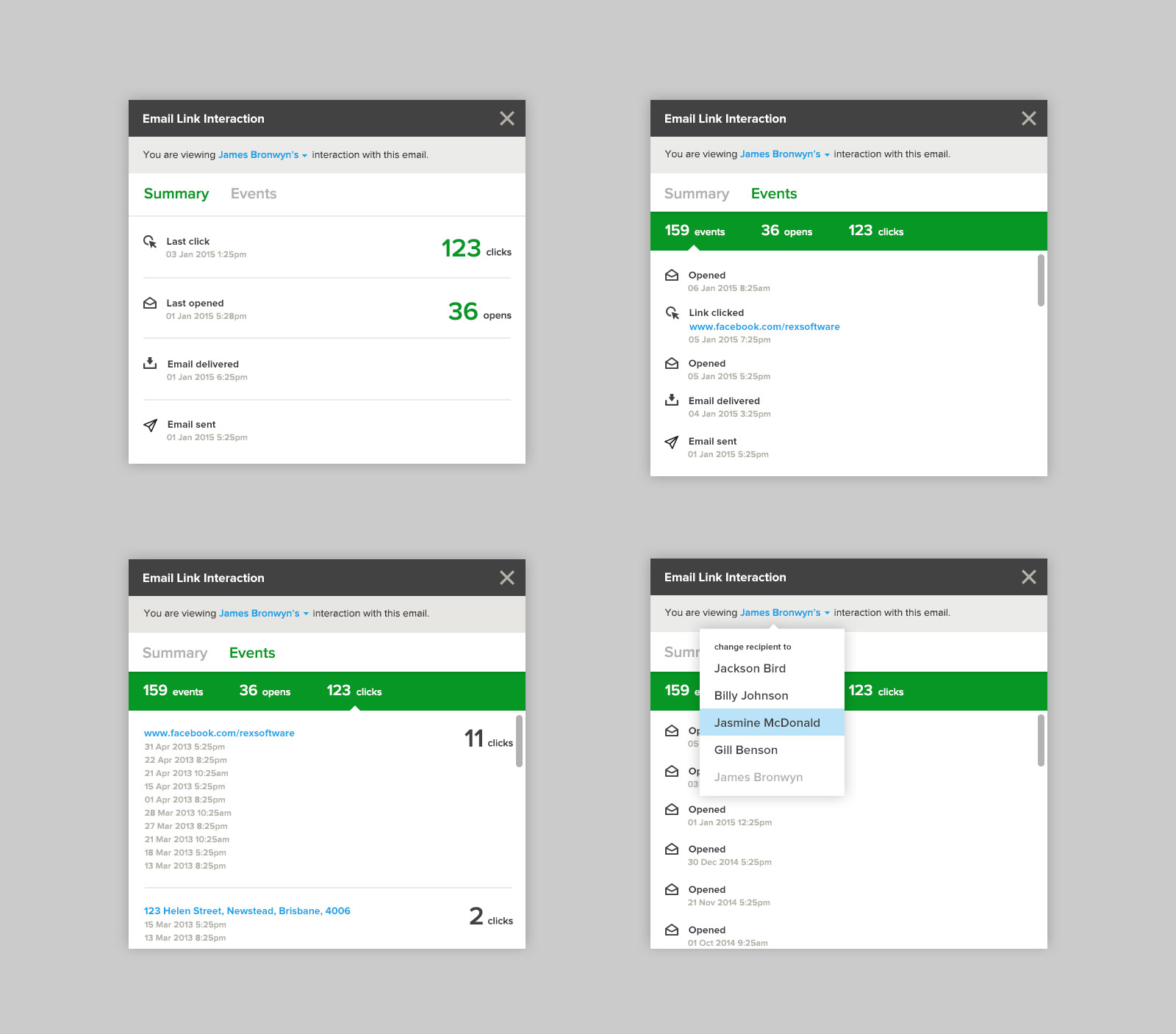 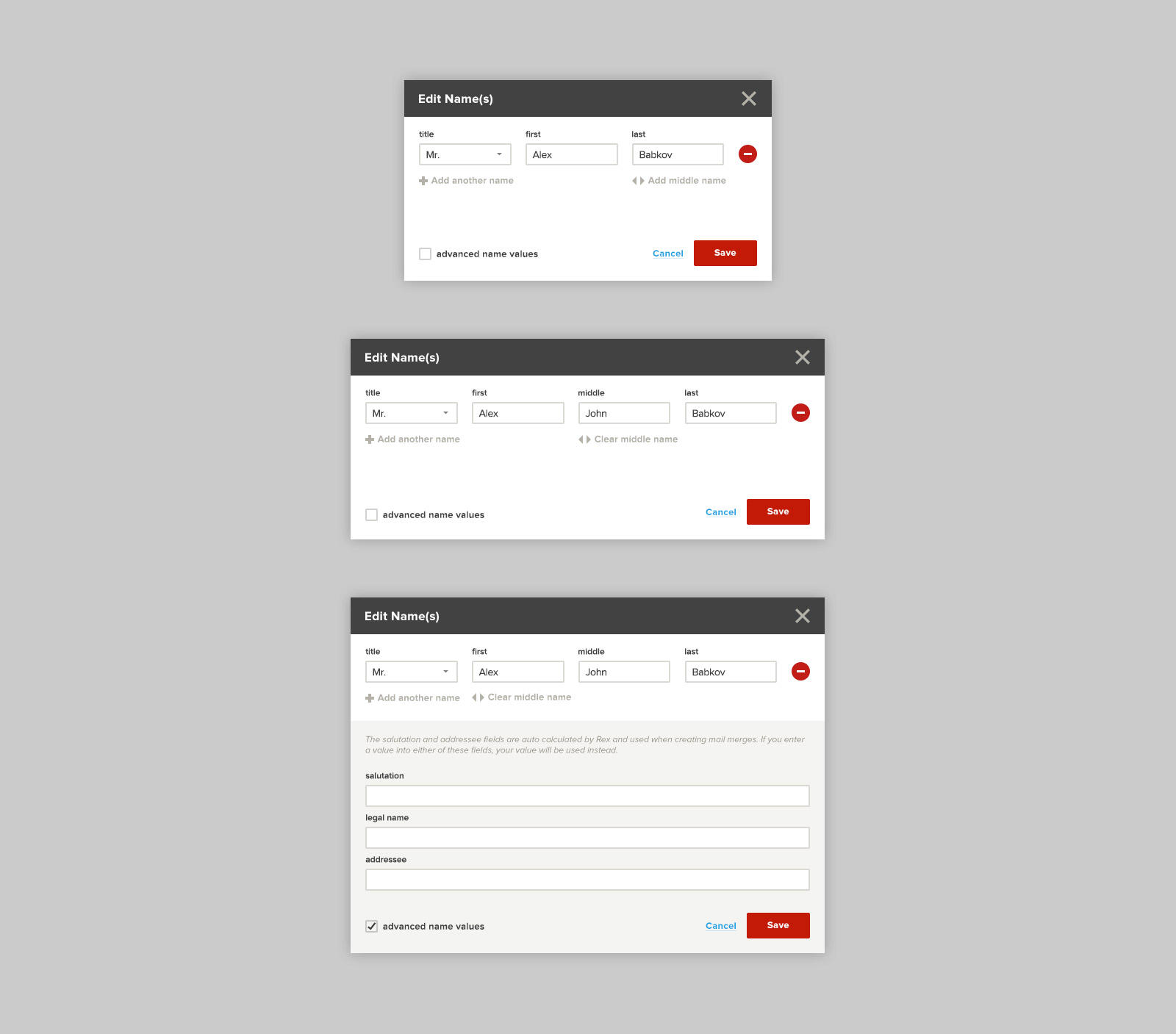 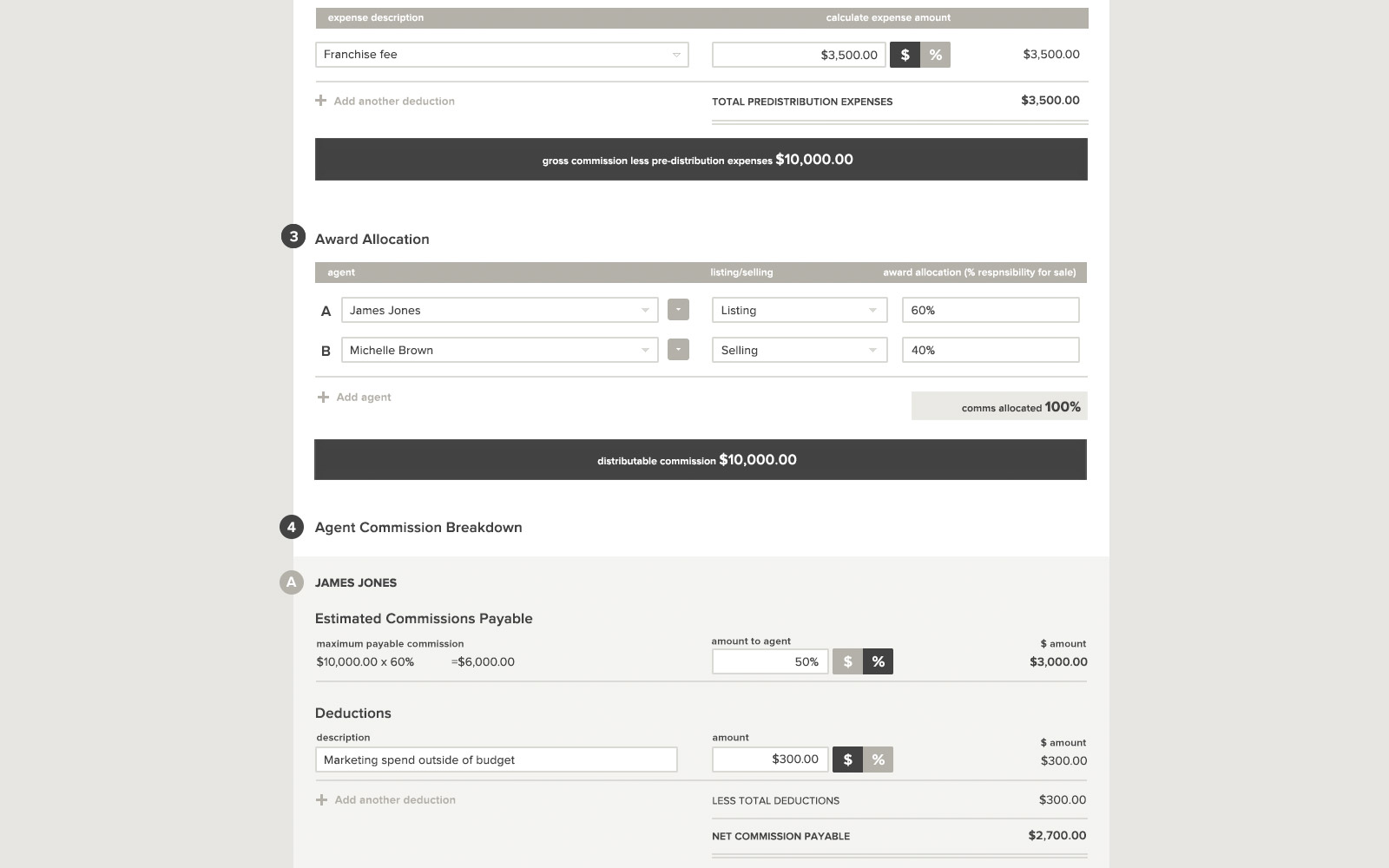 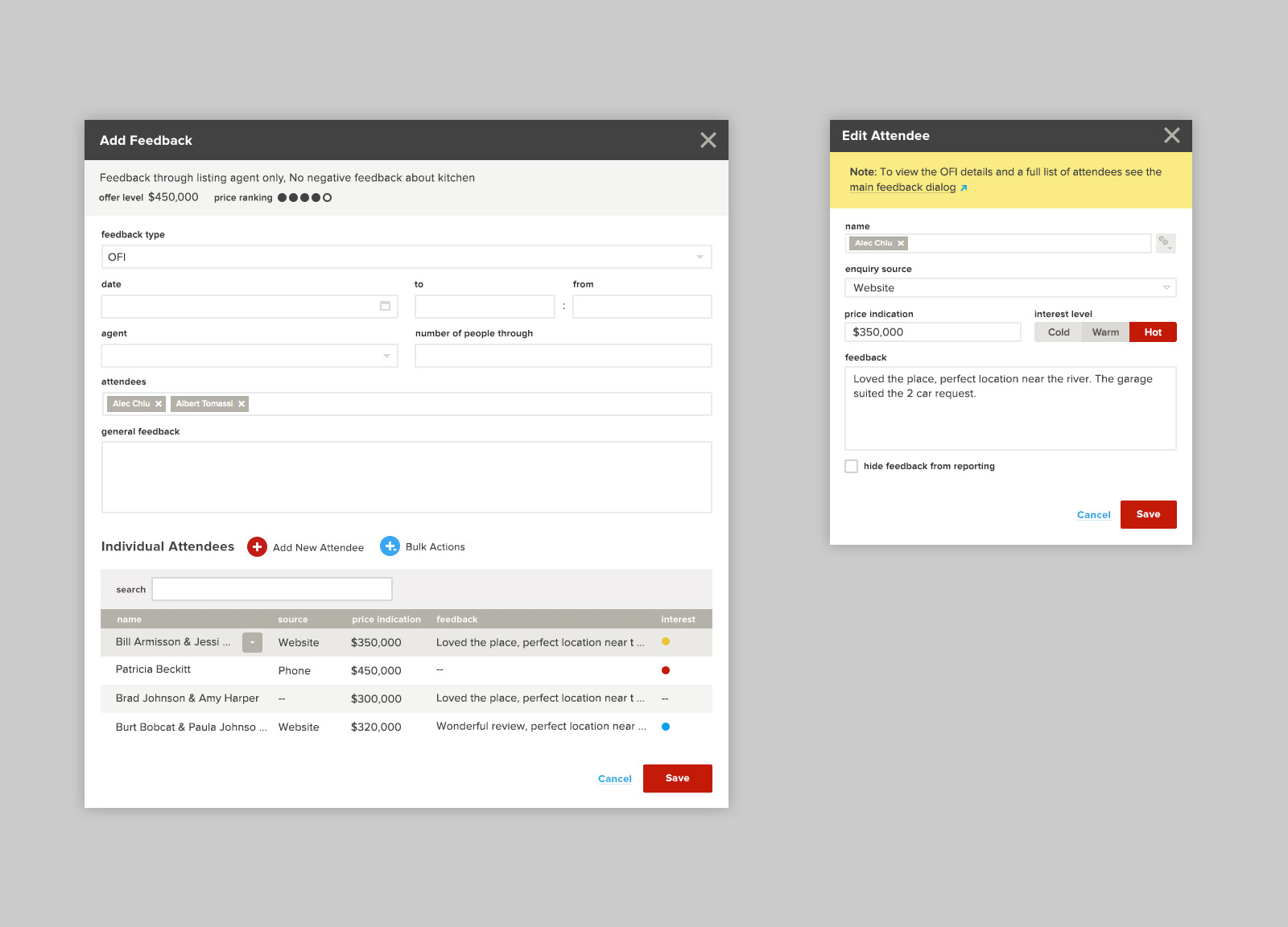 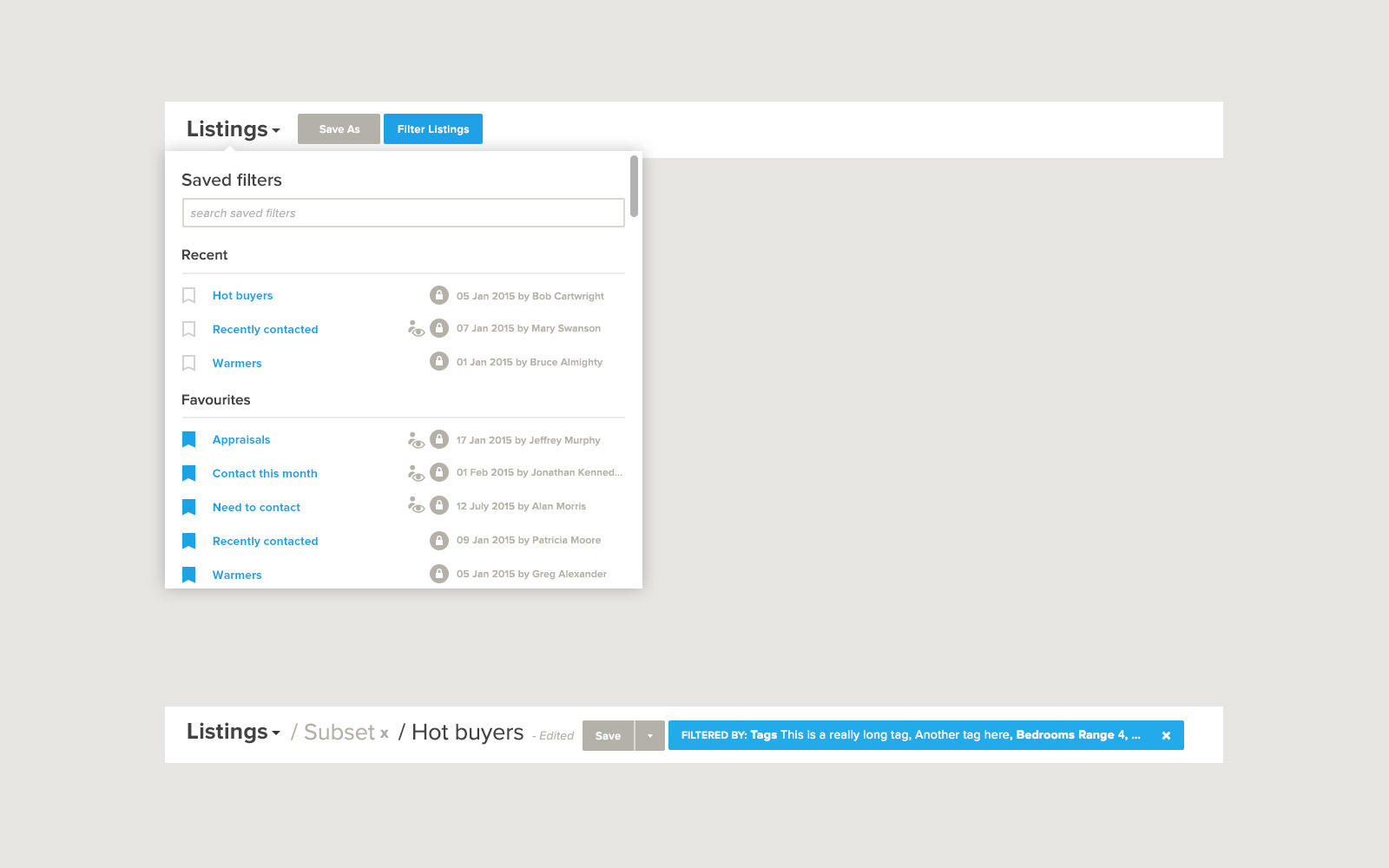 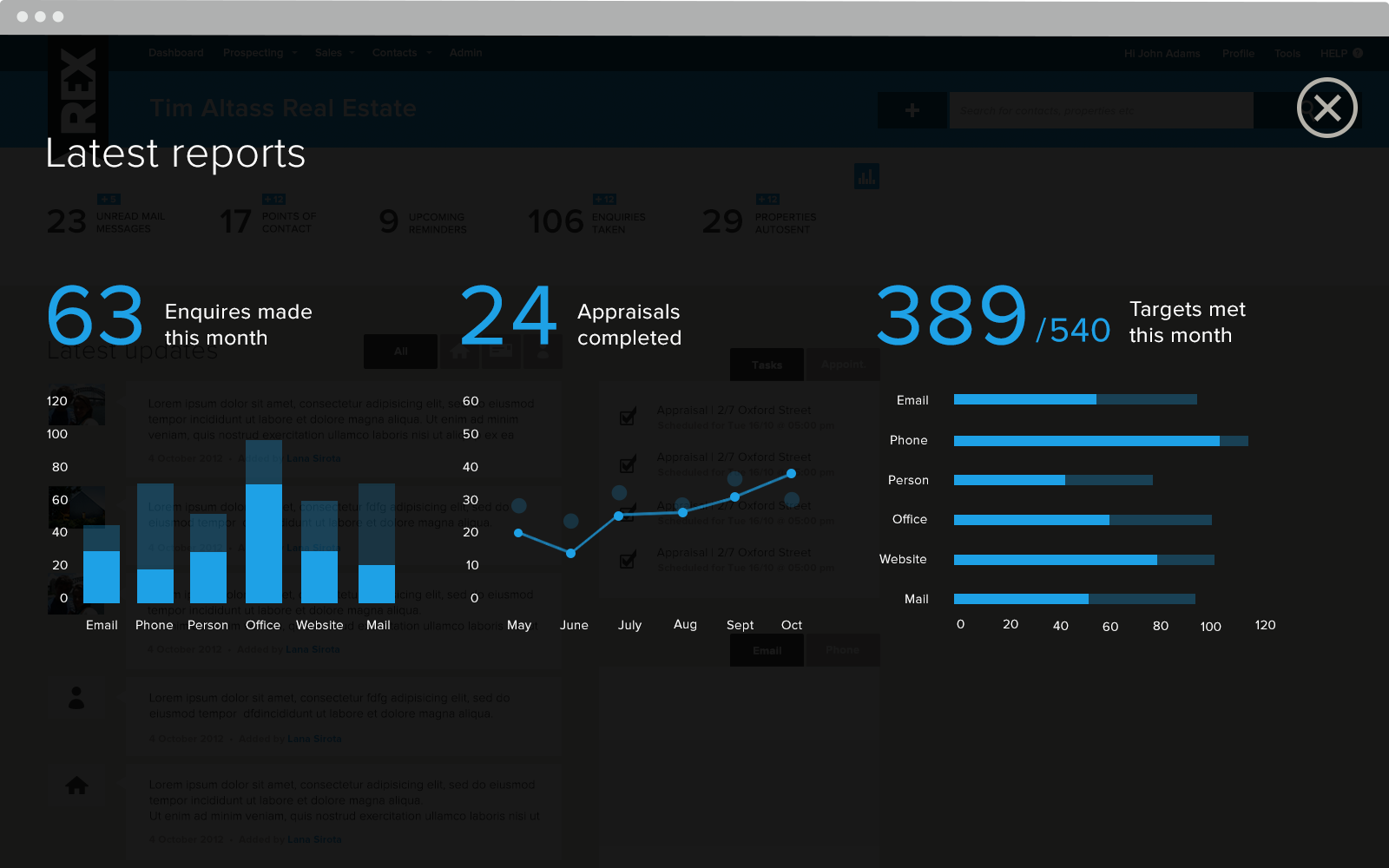